With multilingualism being a key ingredient in making your CV stand out from the crowd, language skills are in high demand.

As well as boosting employability, learning a language also helps people to become more culturally aware, and can even improve cognitive skills in observation, memory and creativity.

In the UK less than half of the working age population can speak a foreign language. The BBC reported earlier this year that foreign language learning was at its lowest level in UK secondary schools since the turn of the millennium.

However, the Erasmus+ programme, which supports language learning in schools, is making a difference by providing funding to UK schools to run vital international activities.

Ahead of the European Day of Languages on 26 September, let’s take a look at the UK language landscape and how Erasmus+ is helping school staff and pupils to reignite their love of languages.

Since embarking on its Erasmus+ project, ‘Narrowing the gap between higher and lower achievers’, St John’s Secondary School and Sixth Form has been able to improve the outlook for disadvantaged students. Staff undertook job shadowing placements in their partner school in Spain and shared best practice across the school, upon their return to the UK. The school noted improvements in the level of progress of their Modern Foreign Language (MFL) students and, because of the buzz their project created, at least 25 members of staff have started to learn another foreign language.

St Nicholas Church in Wales Primary School has run several Erasmus+ projects over the years including staff mobilities, strategic partnerships and working with a number of European schools through eTwinning. Not only have these projects improved the Spanish levels across the school, pupils have had their eyes opened to new cultures, giving them a window into the world which they would not otherwise have had. 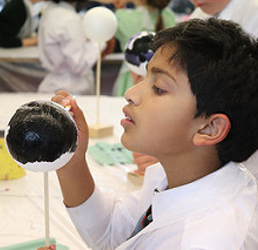 Erasmus+ funding can help staff improve their language skills, supporting their professional development in the process, as William Patten Primary School discovered when it ran an Erasmus+ project for staff to develop language skills. The staff embraced this opportunity and Spanish was taught across the Key Stages so that the younger children could also learn a language. The project meant that the school was able to implement more Spanish lessons across a wider age range than if it had employed a specialist teacher.

In 2018 almost 75% of successful Erasmus+ UK Key Action 1 school applications were for projects involving the teaching and learning of foreign languages, with almost one thousand teachers taking part in a mobility. The staff are reinvigorated and, in turn, inspire their pupils, spreading the impact of these mobilities throughout the school.

It’s hard to define exactly how much this has influenced the picture nationally, but exam results this year are positive, and hopefully mark a reversal in the decline of MFL in the UK. National results for A and AS Levels for French, German and Spanish combined, have levelled off. At GCSE level, MFL entries increased by 3 per cent.

Liz Neil, Erasmus+ Schools Sector Lead, said: “Although it’s not yet clear if this year is an anomaly, these results are encouraging, and I congratulate all the teachers who have championed MFL.

“Programmes like Erasmus+, eTwinning and the School Education Gateway are excellent ways to support language learning and can help teachers to inspire their pupils. I hope schools can continue to reverse the downward trend and turn the British people into a nation of linguists!”

Learn more about how Erasmus+ supports language learning in schools by reading our project stories.