2017 marks 30 years of the Erasmus+ programme and to celebrate the anniversary, we are collecting stories and memories from various participants. 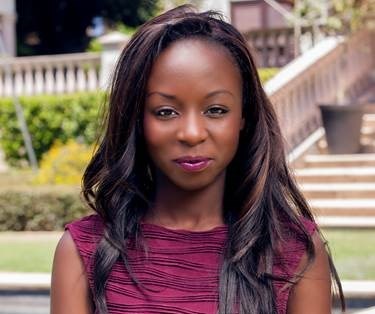 We caught up with Tania Habimana about the lessons she learned from her Erasmus experience and how it helped her secure her future career.

Tania studied international business and German at Cardiff University and had the opportunity to take part in an Erasmus placement. She now runs her own marketing agency and is the host of ‘Tailored Business’, a TV show which documents her experience of making suits for established business people whilst interviewing them about their careers and business trajectories. She is an advocate for women entrepreneurs and is a columnist for Elle Magazine South Africa as a careers specialist. Here is what she had to say:

"I had the privilege of going on the higher education exchange programme in 2008 to Konstanz, a small city in the south of Germany that borders Switzerland and Austria. The city was housed just next to the lake Konstanz and right across the border from the Swiss alpine slopes. Magical. But let me tell you a few more of the things I learnt whilst on the programme, that continue to influence me positively today and helped me to be in the career I am today.

Probably one of the Erasmus+ programme’s most celebrated and spoken-about advantages is the fact that its alumni leave with a network of lifelong friends, learn a new language, and experience a new culture. But what if I said, prior to Erasmus, that I was already that person with friends from all over the world, experience of different cultures – I’m a Belgian, born in France, raised in the UK with Rwandan origins and on top of that I was already tri-lingual at the start of the programme. You’d tell me, well how could the Erasmus+ programme possibly be any different to what I already knew. Well, let me tell you the difference.

On the Erasmus+ programme, I was forced to communicate in languages I wasn’t so fluent in. Whilst hard at first, I eventually learned to hone into that vulnerability and simply accept it for what it is – getting out of my comfort zone. One of the outcomes of this could be noticed in my communication style - my lack of vocabulary made me go to the essential in what I’m trying to say and this ‘honest’ dialogue was reciprocated by others, which actually created deeper, meaningful and much more genuine friendships but also business relations, which I still hold today.

I think part of my transition from a marketing executive to a TV host is due to this, I’m able to communicate with people of all different cultural and linguistic origins, and understand the meaning behind the words they are saying.

2) I embraced vulnerability and discovered a new side of me

The vulnerability I felt on the experience, coupled with being surrounded by so many people in the same situation made me discover a different side of me. Despite my seemingly out-going personality, there is a part of me that is quite shy and introvert. During my Erasmus+ experience I learnt to listen to those parts of myself, in a way I was detached from past labelling, etiquettes, responsibilities, cultural rules, norms and morals such as I had known them– and so what I was left with was just ‘me’ – all of me.

There’s a saying that most people only visit their home cities when people come to visit them, aka you don’t go to visit your local art gallery unless a foreigner is around. Well, I think that would’ve been true of Erasmus had the group and diversity of incoming students not been so large.

Because of this community feeling among Erasmus students and the awesome welcoming attitude of our host German compatriots, we ended up travelling and visiting our local area as well as wider Germany and a few other European countries. There were students from the most northern part of Finland, mixed with students from the most eastern part of Romania that had never seen certain parts of Germany, France, Switzerland and Belgium. The students from the ‘home’ country would take us around their country and all the other students would add elements of their own interest to influence our trips.

Broadening my cultural horizons in this way has made me more open to international work opportunities and helped with my current career and I think it’s this openness and cultural awareness that helped me land one of the first jobs I had upon graduating from university, which was at Levi’s European Headquarters. My role was to serve as the linking point between local teams and help deploy a global campaign through local initiatives.

So there you have it, the three things I learnt whilst on the Erasmus+ programme.” 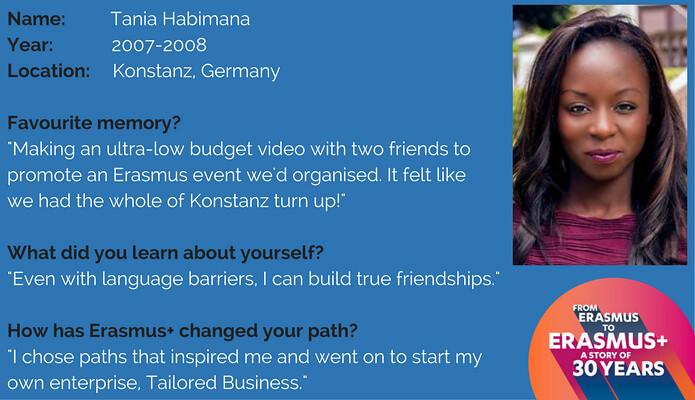