Bryson Charitable Group, based in Belfast, has been involved in European Voluntary Service (EVS), an Erasmus+ youth programme, since 1997 and has supported over 300 EVS volunteers, including volunteers with disabilities and fewer opportunities on long-term placements.

Mary Hegarty (right wedding guest below) is a volunteer officer, and has played a central role at Bryson Charitable Group for many years:

We’ve worked with around 300 volunteers over this time. In one month alone, we recently hosted 18 volunteers in 9 different projects from 9 different countries (Finland, Germany, Italy, France, Latvia, Czech Republic, Poland, Hungary and Spain). Together in that one month they contributed over 2,500 volunteering hours to benefit local communities in Northern Ireland.

I have had the honour of witnessing the blossoming of confidence and purpose. I have seen individuals set on a new path. I have attended weddings and cooed at EVS babies (see below). I have stumbled through programme changes and learnt so much more about Belfast, Northern Ireland and other parts of Europe.

As well as sending young people from Northern Ireland to other countries, Bryson also hosted EVS volunteers within the organisation and played a co-ordinating role to facilitate the involvement of EVS volunteers in local organisations. Projects have really benefited in so many different ways from the involvement of EVS volunteers. We’ve seen EVS volunteers provide positive role models for children, inspire local young people to broaden their horizons, assist older people with sight loss to combat isolation, give a voice to black and minority ethnic communities, bring the arts to marginalised groups, improve wildlife habitats in urban and rural areas, offer support to women and children who have suffered domestic violence, promote the benefits of volunteering through example and so much more.

Along with my fantastic EVS Northern Ireland colleagues, I have fought hard for the volunteers and the Erasmus+ EVS programme. I’m very proud to be a tiny part of this amazing initiative and am immensely proud of the volunteers’ achievements and the enormous contribution they have made. I love hearing their stories, like Conor Keenan’s, one of our great EVS successes. 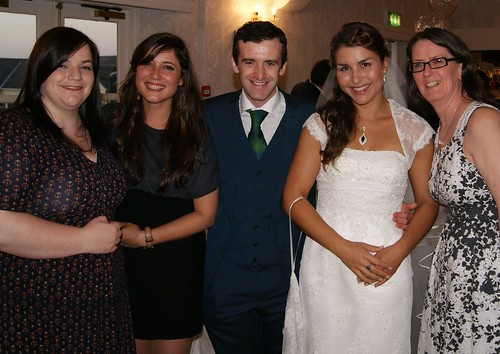 Conor (the groom) went to Luxembourg as part of Luxembourg’s Capital of Culture 2007 EVS project, which was one of the first EVS group projects. He developed his training skills and experience to the extent that he became Bryson’s lead trainer for EVS On Arrival Training and mid-term evaluations and also delivered additional “pre-return” trainings for volunteers. He was also involved with other Erasmus+ predecessor youth projects, such as a Group Initiative project to raise awareness of Northern Ireland’s fish produce to young people.

Conor says, “During my studies at Queens I developed a passion for travel and a curiosity about Europe. I saw that Bryson European Voluntary Service (EVS) were recruiting volunteers so I applied and ‘fortuitously’ was sent to Luxembourg. This year, in a different environment, allowed me to think about the future and made me realise I didn’t want to work in the IT sector. My career did a 360 degree turn and I used my experience with EVS to get into the culture and heritage sector when I returned home. My personal life also took a turn for the unexpected when I fell in love with one of my fellow volunteers, Raquel from Portugal. Raquel and I became great friends through a mutual interest in each other's cultures and at the end of the year Raquel made the brave decision to come to Northern Ireland to live with me. Now ten years on we are married, have just had our first child (who has already attended his first EVS On Arrival Training at about 10 weeks old) and are continuing our adventure together!

The projects that are involved in EVS make a real and profound difference in their communities, and my year as a volunteer gave me great satisfaction in knowing I had made a contribution to a lasting legacy. It also got me hooked on that feeling of giving back, and, as a volunteer sports coach, I feel that I am involved in this type of work because I learned about the value of volunteering through EVS. I am still involved in EVS as a trainer with Bryson Charitable Group. I always make sure the volunteers know that EVS is full of surprises - you never know what (or who) you might be going home with!”

Volunteering gives you a chance to give back, while getting something for yourself. Volunteering internationally was the best decision we ever made. 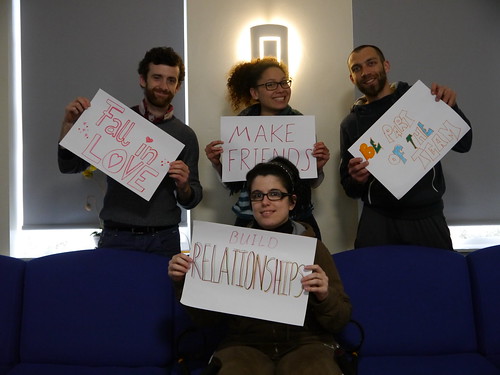 Having graduated as a journalist, Raquel (the bride above) worked for a daily newspaper in Portugal before deciding to take a year out to volunteer in Luxembourg with EVS. Raquel said, “This was a wonderful year when I made friends for life, learned about other countries and cultures, but above all I met Conor”. When their placements finished, they returned home, Raquel to Portugal and Conor to Northern Ireland. They kept in touch and visited each other before realising their relationship was serious. Raquel then decided to take the plunge and with the support of Conor, made the move to Northern Ireland and the pair subsequently married and just had their first baby.

“I can safely say that volunteering has changed my life for the better! I now have two homes and two families, a new outlook in life that is more positive and resilient, a circle of friends across the world and I have found love, all by simply taking the first step to volunteering.”

If you've been inspired and want to read up on more Erasmus+ volunteering stories, you can visit our dedicated webpage.