'Cornwall Aspire to Catering' is a Key Action 1 vocational education and training (VET) mobility project led by Cornwall Council. The aim of the project is to inspire young people to raise their attainment and be more ambitious in their approach to learning and their future careers. Some of whom have never before left their home towns in Cornwall or been on a plane.

We want to widen their horizons and raise their aspirations - Rachel Delourme, Cornwall Council 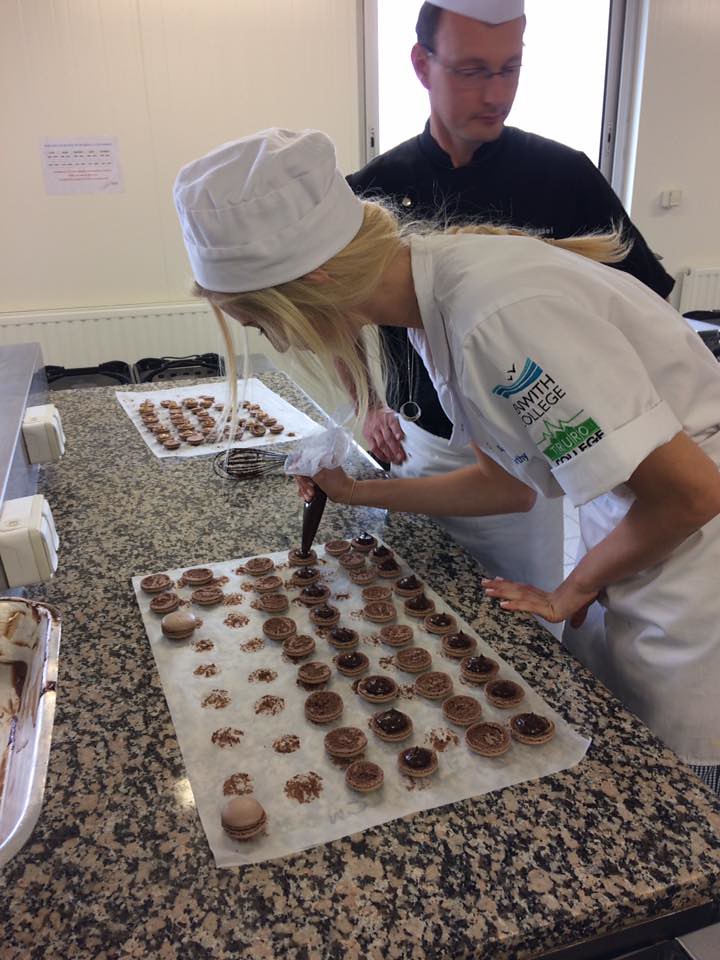 The students and apprentices are aged 16 and above and enrolled on a level 2 or 3 vocational training course related to the hospitality industry. Sixty young people will take part between 2015 and 2017. The young people often have little experience of work or travel and need significant support, some come from socially and economically deprived areas and many have never left Cornwall. There are two FE colleges involved in the project as well as the Rick Stein Academy, as Cornwall Council felt it was important to have an employer in the consortium in order to prepare the learners for work, not just the qualification that they're working towards. The two colleges involved in the project are Truro & Penwith College, which has been involved in the partnership since 2006 and Cornwall College, which has become involved more recently. While every student takes something different from these experiences, there were a few elements that came up frequently from the Cornish participants. The vast majority of learners said their favourite part of the trip was the food, but many also cited going on a plane for the first time.

The project includes six trips involving between six and 12 young people per flow to one of the three French partners. Accompanying persons, VET staff, also undertake CPD by working with the French teachers for 50% of the time. Over the course of two weeks learners split their time equally between learning in the French colleges developing kitchen and front of house skills, and developing a real understanding of how restaurants, hotels and food producers operate by visiting local businesses, shadowing and having hands-on practical coaching in real work settings.

Being exposed to a variety of businesses, training environments, cultures and new experiences that are part of overseas work placement without doubt increases confidence, social awareness and develops skills. I cannot recommend how much this experience enriches the learners development - Jaime Gaspare at Penwith College 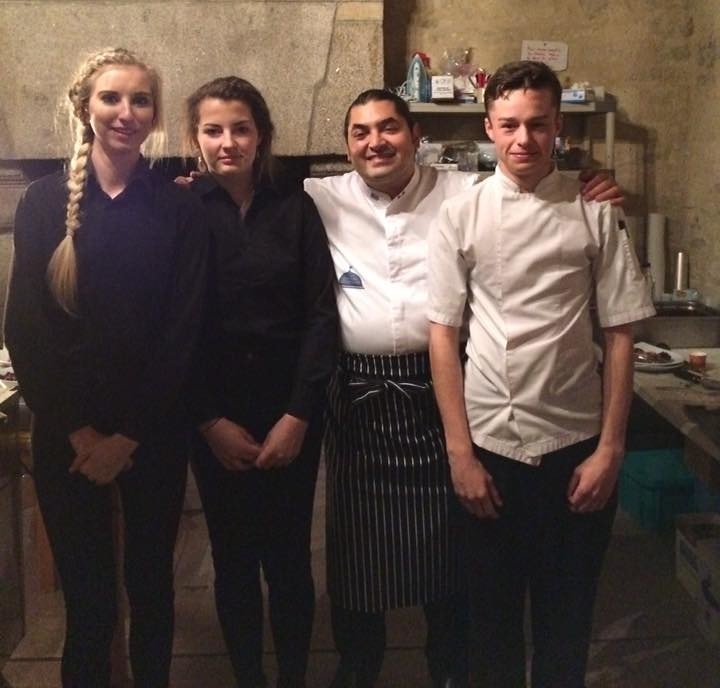 In Cornwall, there is a strong network of catering and hospitality businesses which can make the recruitment process more competitive. The young chefs that take part in the Erasmus+ project are able to highlight it on their CVs, enabling them to stand out in the application process and workplace due to their international experience. The project organisers have found the learners come back more resilient and confident because they had to travel, meet new people that didn't speak their language and so they have had to communicate by any means possible, regardless of any shyness. It was also highlighted that they gain communication skills, soft skills alongside product knowledge and technical skills. Upon their return, the learners have to feedback to their peers either through a masterclass or by putting on an evening in the training restaurant based on dishes they've learnt or been inspired to make during their time abroad. Presenting to their peers shows their increased confidence and knowledge, but also gives them some respect from their peers for having had the courage to do a placement abroad.

They learn that there’s more than one way to skin a chicken, they learn different techniques … just to know that some things can be done a different way is really important - Rachel Delourme

Benefits for the colleges

The project also supports teachers by providing opportunities for them to collaborate with colleagues from France to work on developing a high quality and innovative approach to delivering hospitality training.

The staff that accompanied the learners noticed that the way the teaching day was structured in France was quite different. The English colleges work hard during the morning to prepare the food that they then serve in a training restaurant in the afternoon where each team member has a specific role, whereas in France they work in the morning then both teachers and apprentices sit down together to eat the food they will be serving in a restaurant which is treated as a real restaurant. The front of house training in France is also more traditional which helps the restaurant feel more like a commercial restaurant. The British teachers were keen to implement both of these elements in order to leave the learners ‘industry ready’ when they finish their qualification. As the learners have to feedback to their peers when they return, the knowledge that they have gained is then shared with the entire college, so all students can benefit in some way from the project. This also works as great dissemination of the project's results.

Personally I have got a huge amount from the Erasmus project, the press and the revenue for marketing that has been generated has been outstanding - Mark Devonshire, The Cornwall College Group

Benefits for the local area

Cornwall Council commented that it was a great form of upskilling for the local area, which is really important for developing a world-class reputation for catering and hospitality. Through this project, the colleges involved noted some big differences in attitudes when it comes to working in catering and hospitality; in France being a waiter is considered a career.

It’s not alright to just think a student can be a waiter or it can be a Saturday job, it’s a career and a trade. We want to break down this misconception of catering and hospitality - Rachel Delourme

Advice for getting organisations on board

Cornwall Council acknowledged that it can be a struggle to get organisations on board with Erasmus+ projects. They found the best way to encourage organisations to take part was to let the college see the benefits of these placements before they sign up, so they are already convinced of what they can gain. They also highlighted the important role students play in getting an organisation interested in taking part. They encouraged students who had taken part in the placements in France to talk to other students about what they had gained and how they had found the experience. They found that the learners will then put pressure on their own institutions in order to be offered the same opportunities.

Biggest tip for someone who’s new to Erasmus+ funding 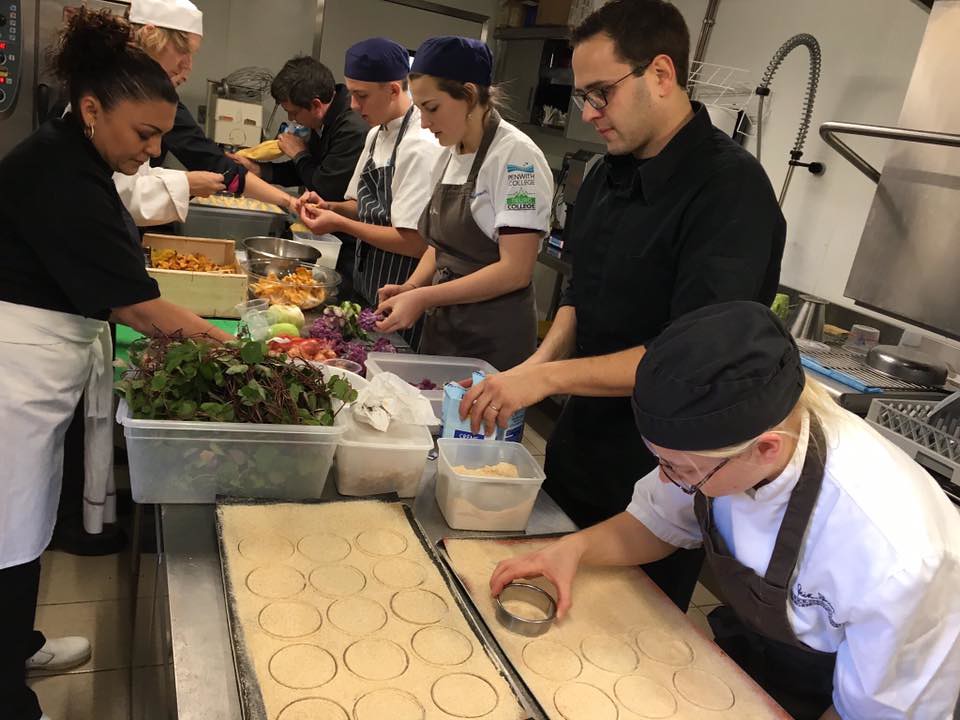 Rachel Delourme from Cornwall Council gave us her best advice for newcomers to Erasmus+ funding: 'Be really brave and don’t give up! It’s all in the planning, plan it to death. Imagine yourself walking through the steps or imagine that your child is being sent to

have that experience and that’ll make sure that you get it really safe and really good.’ Rachel also added: ‘Work on your own resilience, you can’t always see the hiccups, and you’ve got to be able to troubleshoot and have steady nerves.’

Cornwall Council and the colleges involved in this project have seen their work recognised in the local press through coverage of their showcases and masterclasses. Cornwall College have also had their participation praised in an OFSTED report for having helped staff, students, the college and the wider community.

One of the main aims of this project was to make learners more ambitious, but have they achieved this goal? Cornwall Council feels they have; they think Erasmus+ projects like theirs get young people into the idea of lifelong learning from a younger age, as they see their own teachers and other staff members within restaurants taking part in the own development alongside them. Some places send a lot of their older chefs on placements, even senior chefs, with the idea that you can always learn from somebody and you can always raise your game. They also found it made the staff members more ambitious as a lot of the teachers simply teach the syllabus that's given to them, without much contact with industry. By taking part in an Erasmus+ project they are able to re-engage with their areas of interest.

Has Erasmus+ had an impact on your apprentices? Let us know about it by submitting a case study!