Two young ex-offenders have turned their lives around and are now helping others to do the same, thanks to Erasmus+ funding.

One major issue facing young people with a criminal record is reintegrating into society. With limited opportunities, there is often little help for them when they leave prison, leading to a lack of motivation and an increased risk of reoffending.

This can trap them in a vicious cycle; a potential scenario that faced Damian Gordon and Junior McFarlene, both from Birmingham.

Instead, they were given the opportunity to mentor others in the same situation and give back to society, thanks to Human Rights Focus (HRF) and their Erasmus+ funded project.

‘Turning Point: Inclusion of BAME (black, Asian and minority ethnic) Young Ex-offenders’ focused on ex-offenders aged 18-25, aiming to improve their integration back into society. Working alongside their partners, HRF organised a week-long seminar in March 2018, holding debates and workshops for young people and policy-makers. 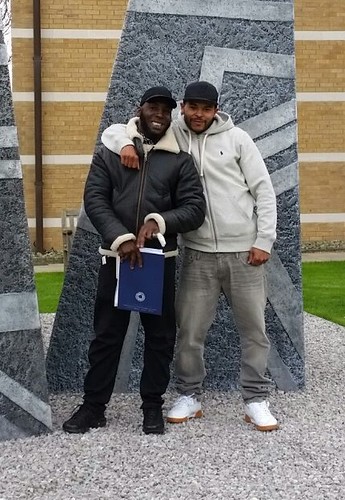 Damian first joined HRF as a participant, hearing about them while serving his sentence. He soon progressed to becoming a mentor. Inspired by Damian’s work in their community, Junior also joined the organisation soon after leaving prison.

As part of the project, the pair led pre-seminar activities - many of which took place in prisons.

“The turnover of young people with short prison sentences is quite high,” said Khatuna Tsintsadze, HRF’s Chair of Trustees. “Many will receive a short sentence of up to three months. Speaking to them in prison meant that when they were released, they were more likely to attend the seminar as they would have heard about it at a pre-seminar activity.”

HRF quickly identified that the best people to lead these activities were those who had faced similar experiences, such as Damian and Junior.

In the project, they had opportunities to talk with young offenders and share their stories. Junior recalled: “By speaking to the inmates and sharing our experiences in prison, we opened up dialogue. We interacted with them in a way no-one had done before in prison.

“We’re trying to open that dialogue and help them understand that there is support available, but you have to want it.”

While the mentors helped to build HRF’s engagement with young ex-offenders, they also shared knowledge about the underlying issues. Junior says: “It starts from inside the prisons, with the breakdown between officers and inmates. Whilst in the community – it’s an ongoing thing that they need people who can support them.”

Being an ex-offender was often just another of many obstacles for BAME youngsters from difficult backgrounds, explained Khatuna.

“If we take into account all the barriers young people from disadvantaged backgrounds face, you essentially double up everything," she said. "Their confidence and self-esteem is below any acceptable level a young person should have.”

All of which makes young BAME ex-offenders a challenging group that is rarely well supported. But thanks to HRF’s project, many mentors and participants have flourished. 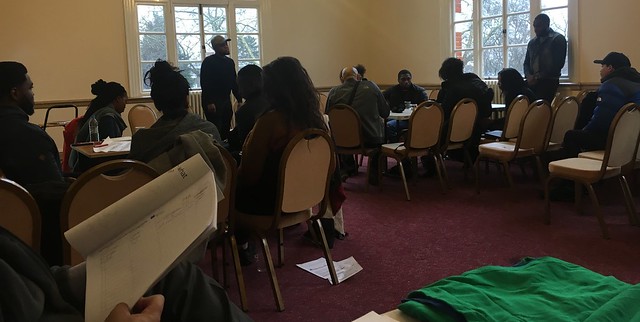 Damian and Junior developed in their roles as mentors. Not only did it raise their confidence in public speaking, but also in themselves. “As we’re mentoring, we’re learning more about ourselves as well,” explained Damian, “It’s made us look at life very differently.”

Chad Takeshy, aged 19, was one participant who reaped the benefits. A young ex-offender, Chad wanted to break the cycle of crime that trapped his family.

“My dad and older brother are currently serving prisoners and I always wanted to do something positive to transform my life out of the misery they put my family in,” he said.

“It’s easy to get in trouble but hard to get out as when it starts, you think that's the best of you. HRF gave me a real opportunity to do something and experience youth work. They did not judge our family issues. We were all put on an equal footing.”

Chad, who previously never thought about community work, now has a keen interest in mentoring.

I feel supported in becoming better involved with my family and a role model for my younger brothers.

“HRF found me work experience for six months with a prison charity which offers paid peer mentoring work if you complete the course," he said. "I want to work as a peer mentor after this project. I feel supported in becoming better involved with my family and a role model for my younger brothers.”

Inspired by the organisation’s project, Junior and Damian have also now set up a community interest company (CIC) called Can you relate?.

“I never looked at myself as a role model before. Somebody that others would look up to,” said Junior. “But because of our experiences, we’re able to relate to people and have mutual understanding and respect for each other.”

From young ex-offenders to active members of their community, Human Rights Focus has helped participants and mentors to make tremendous changes in their lives. By developing their confidence and self-esteem, the project has helped them take the first step towards reintegration and to making a wider contribution towards their communities.

Interested in engaging young people with policy makers? Find out more about Key Action 3 projects on our dedicated webpage.