They are dearly loved family members but for most young people spending time talking to their grandparents is not usually high on the list of ways to spend their leisure time.

Those that do though, often find the knowledge and life experiences of their elderly relatives fascinating and enlightening – even more so when those grandparents are migrants with memories of a different life in a distant country.

Capturing and sharing those memories was at the heart of the Grandma’s Story project, led by Birmingham-based Legacy West Midlands and funded by the Erasmus+ programme.

Organised by a group of people dedicated to the preservation of personal history, the aim was to encourage family dialogue by giving grandchildren the tools to capture and record the physical and emotional journeys of their migrant grandmothers.

That’s why we started Legacy. We wanted to share our own heritage

The ‘grandchildren’ taking part were encouraged to focus on documenting the role their migrant grandparent played in shaping family life within their new communities.

This very much fits in with the mission of Legacy West Midlands, a registered charity that has its roots in celebrating the heritage of post-war migrant communities in Birmingham.

The charity was launched in 2009 by Aftab Rahman to work on a number of issues surrounding migrant heritage and community wellbeing.

“That’s why we started Legacy. We wanted to share our own heritage,” he said. “We didn’t really feel comfortable with other people writing about our culture. We wanted to write it ourselves, even if we got it wrong. It was about us and our story.”

As well as capturing family history for posterity, the project enabled young people from migrant backgrounds to better understand their heritage and to enhance their own skills in media creation, potentially also boosting their employability.

It also sought to improve inter-generational connections and community cohesion - both within ethnic and linguistic sub-groups and the wider community.

“We worked with nine partners, mostly civic organisations, from all over Europe, including three from the UK.” 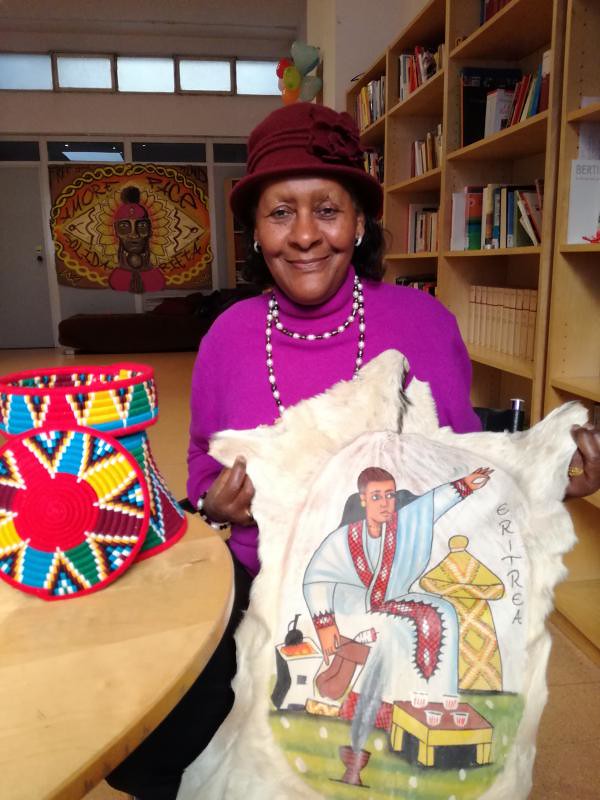 Aftab believes that through this collaboration, European migrant communities have gained a new tool to enhance community cohesion and rebuff negative news coverage.

“Migrant communities often get bad press, so, it was important to record and showcase grandmas and their contributions. They are courageous women with a great story to share,” he said.

An open-access online training package in media creation was created in partnership with Culture Coventry. The partner organisations also developed learning materials and guidance for youth workers to encourage and help migrants integrate into their new homes.

Grandma’s Story also used pop-up exhibitions to engage with local people of all ages to increase their awareness of the migrants within their cities and the struggles they had faced.

“They can be done anywhere,” said Mashkura. “A pop-up exhibition attracts young people because it doesn’t cost anything. If someone is going to put up an exhibition, it’s usually seen as costing a lot of money. But, a pop-up exhibition doesn’t. It can be done in a classroom, just move all the desks out of the way.”

Legacy West Midlands is planning to leave the web-based stories and resources available for as long as possible – and hopefully add to them.

“Hopefully, funding can be found so that young people and practitioners can continue putting up stories,” said Mashkura. “But it has been important to capture these stories through the interviews. Importantly, we know they won’t be lost.”

She added that, perhaps one of the most important results of the project for participants had been being able to share their grandmothers’ story with the wider world – and the real sense of pride that this has given them.

“We’ve heard from so many young people who have said, ‘I’ve known my gran all my life, but I never knew that about her’. For us, it has really connected everything and has led to increased understanding.

“We hope, going forward, we can go on bridging that gap between generations and communities.”