Read the latest information on Erasmus+ and Brexit

Leicester is ranked within the 10% most deprived local authorities in England where one in three people live in areas of high education deprivation [Leicester City Council, 2016]. But Leicester College is making it their goal to provide experiential learning opportunities for participants through an international work placement, targeting young people who have not previously had the chance to travel.

Through the ‘Electrical Maintenance Experience’ and ‘Leicester College Construction’ Key Action 1 Mobility for Vocational education and training (VET) projects, the college has been recruiting learners to spend four to six weeks in Seville, Spain. During this time, they have been placed in local companies to improve their work based knowledge and skills and increasing their work readiness.

There is a lot of people from deprived areas who come to the college and for quite a few of them, it’s their first visit ever abroad, you can’t put a value on that – Neil McManus, Construction Programme Area Manager, Leicester College 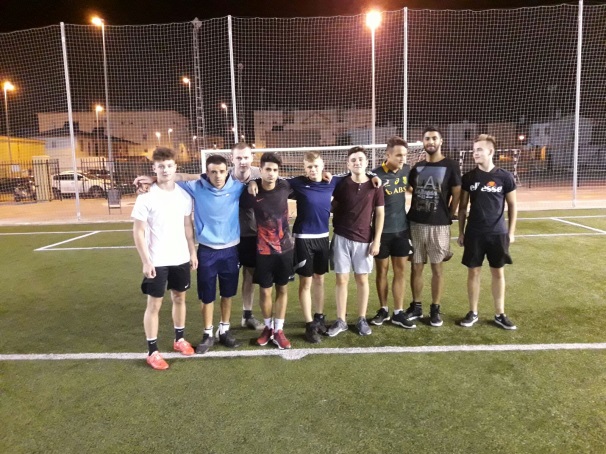 One learner who decided to take part was Fred Brant. Fred was studying towards his Level 2 in Electrical Installation when he went on the Seville placement and since returning has secured an apprenticeship as a result of his Erasmus+ experience.

Fred feels he became more independent from being away and secured his apprenticeship with Blaby Electrical as a result. While at the interview for the apprenticeship, Fred commented that "they were very interested in what went on with the placement, they asked questions about it. It was a great conversation starter at the interview". In general, Fred would recommend this placement to anyone and was really happy the college pushed him to go abroad; "The College really helps push you forward, Neil always finds the best options for you".

The trip was really worth going on - practically it's really helped me. I definitely became more independent from being away too - Fred Brant, participant

While in Spain, he worked on a variety of techniques and skills as well as doing English-Spanish lessons on a Wednesday with local people. For Fred, the language barrier wasn't a barrier at all; it ended up being one of his favourite elements of the placement. Fred's top tip would still be: learn more Spanish! Placement coordinator Neil encouraged the learners to download Duolingo, a language learning app, before they went abroad as well as setting them pre-placement Spanish language vocabulary tasks to help them learn specialist vocabulary they would need while on placement. But as Fred noted, to learn languages "it’s always better talking to people than using an app".

Other learners also gained something from taking part. Participant Khaleem Mohamed said: “A key learning experience was being on site in a different country and learning about how they handle electrical work and how the work is carried out. This has given me confidence that electrical work is what I want to do in future. It was a great way to meet new people, interact, learn more about where I was staying and increase my Spanish. This trip has helped me professionally and socially as I have gained confidence and expanded my skills such as- communication skills, punctuality, confidence in face to face communication and listening skills.” 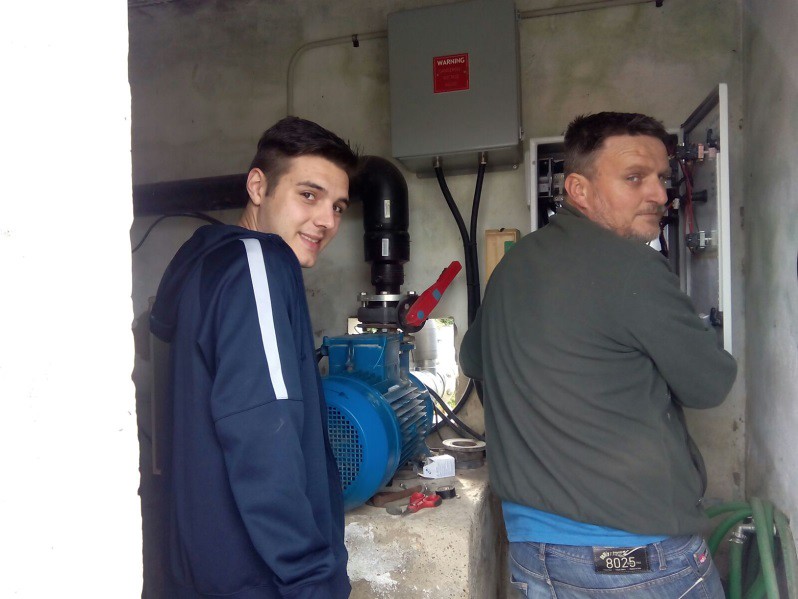 Impact of the project for the learners

Neil McManus noted the true impact of the project comes in the retention and progression of the learners. "Out of everyone who’s been on one of the projects, only two people have left the college out of 80 or 90 participants. All the other participants have either gone on to full time apprenticeships, gone self-employed or are completing their level 3".

The biggest impact is the maturity and the self confidence that students come back with, they go from being mice to men – they’ve got a voice, they can express themselves. – Neil McManus

Neil gave an example of one learner who has been studying electrical maintenance from Level 1: "In all the time I have taught him, he never spoke more than ten words. Since returning from Seville, he is chatty, confident and bubbly; he is like a different person.”

Another learner was nearly removed from the course, because he had the wrong attitude and his attendance was poor. Neil was able to use the opportunity to go to Seville to motivate him to improve his performance. After undertaking the placement in Seville, Neil has seen a complete turnaround; he is now a model learner, gaining credits and distinctions for his work.

Where are they now?

95% of learners either have gone on to a full time apprenticeship or continued studying with the college. Neil and Fred both outlined the importance of this placement when going for apprenticeship interviews; many learners have commented businesses are really interested in finding out more about their international experience. Not only can learners talk about how they feel they have developed since taking part in the placement, they also have photos to serve as a portfolio of the work they have been doing.

A unique selling point for the organisation 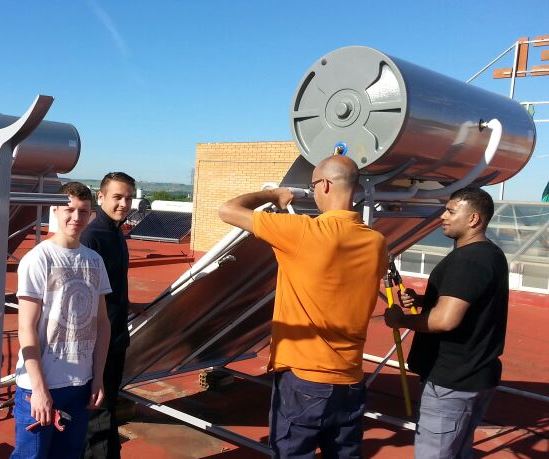 97% of learners felt that they had gained knowledge, skills and competences that they would not have gained at Leicester College. Through the project, Leicester College has developed new relationships with European partners and increased their international outlook. Neil feels it has massive impact on the college. At college welcome events they are able to say that they can give learners the opportunity to travel to Seville for four weeks, outlining the benefits of doing so. Neil noted that once you say that you see "the kids’ eyes light up, parents asking if they can come, and then they don't want to look at any other local colleges".

Offering students an international work placement puts Leicester College at the forefront – where else would they be given this opportunity? - Neil McManus

Leicester College has been working hard to spread the news about their project. It has produced a press release and also got involved with less conventional media such as Sparks Magazine and Lebrija TV, a local news channel in Seville. To see the learners being interviewed on TV, watch the video ‘Conectamos con Tetería Andauní para asistir a un intercambio lingüístico’. All this promotion caught our attention, so we included them in our January press round-up too.

Want to find out more about promotion and dissemination? Check out our dedicated page.