Read the latest information on Erasmus+ and Brexit

An international children's charity founded by author JK Rowling has been giving young people across Europe a voice - with the help of Erasmus+.

The Lumos Foundation, formerly known as the Children’s High Level Group, was founded by the Harry Potter author in 2005 and has been working to end the institutionalisation of children worldwide ever since.

“We work with international donors, governments and communities, to redirect funds from orphanages so children can be raised in loving families because, as JK Rowling says, children belong in families, not orphanages,” said Nancy Maguire, Lumos’ Children and Youth Participation Coordinator.

“We train the professionals to deliver better care and support, transform the conditions that leave children at risk of trafficking and abuse and help families to bring their children home."

Integral to Lumos' work is ensuring that young people themselves are heard in the corridors of power - which is where Erasmus+ came in.

"Each year we provide a space for young people to increase their self-advocacy skills so that they can use their own experiences and ideas to improve child-care systems," said Nancy.

"Our Erasmus+ youth project enabled us to fund such activities, namely our International Youth Forum, to dedicate time for young people to interact with policy makers and influence how other young people are cared for.

"Children in institutions very rarely have opportunities to share their opinions or influence their surroundings. This is hugely disempowering. Erasmus+ has supported them to become true advocates for change and to speak out on behalf of children who remain trapped in institutions.”

Lumos received almost €30,000 for its project and partnered with Lumos Bulgaria, Czech Republic and Moldova. It involved self-advocates aged between 15 and 29 from all the partner countries, many with some form of disability.

Ahead of the week-long Youth Forum, in Bulgaria, participants pre-planned activities through meetings in person and via Skype and, once there, came together to share their opinions and experiences of living in care, not only with one another but also with decision-makers working in the areas of youth and disability.

“The focus of the week was to support young people to develop advocacy skills and confidence, to share their experiences and agree on the main issues facing young people in the residential care system," said Nancy.

"It gave them the opportunity to interact and discuss the impact of institutionalisation with key policy and decision-makers and to learn from other young people with similar experiences in different countries.” 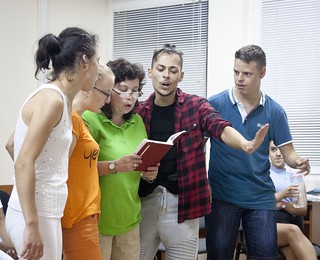 The forum was attended by ministers from the Bulgarian government including Deputy Minister of Labour and Social Policy, with responsibility for children's policy, Rositsa Dimitrova, who pledged to form an expert group on deinstitutionalisation and to recommend that a member of Lumos Bulgaria’s Youth Advisory Board be included. "We cannot make policies that affect children without the children," she said.

Denitsa Sacheva, Deputy Minister for Education and Science, also asked the young people to each propose a law, in one sentence, which could be shared with her.

Nancy explained the significance of such high-level interaction. "This was very empowering for the self-advocates, whose opinions were so openly being considered by national policymakers.

"Whilst the young people from Czech Republic, Moldova and the UK would not be directly affected by the work of the Bulgarian ministers, this was an important moment for them to recognise the influence that they could have when given a platform to share their experiences and opinions.”

Many of the young participants had never travelled before and for many it was also their first opportunity to participate in advocacy at an international level. They learnt new skills, such as team-working, decision-making, developing pitches to policymakers, presenting and public speaking.

“It was so rewarding to see our advocates’ growing confidence, not only through interaction with the young people from other countries, cultures and backgrounds, but also when speaking to adults and professionals in positions of authority," said Nancy. 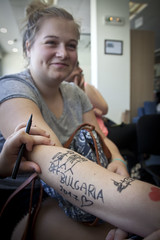 "In institutions, young people are rarely able to share their opinions with such people, so the opportunities afforded during this project were extremely empowering. In their daily reflection time, the groups talked about their sense of achievement at having interacted with senior decision-makers. They learnt that their experiences were shared and, as a group, they had the power to effect change on behalf of other young people.

“Reflecting on the feedback from the self-advocates has reinforced how important it is to include young people in conversations about the areas that affect their lives, and to share their opinions.

“This Erasmus+ project has shaped our learning for subsequent activities, and we have already applied our newly acquired practical experience to other events.

“The project impacted extremely positively on both our self-advocates and the decision/policy-makers.

"The young advocates have an increased understanding of their rights, of how policy decisions are made, and how young people can play a key role in influencing the decisions that affect their lives.

"For their part, decision-makers now have greater awareness of institutionalisation and the issues facing young people living in care, and leaving care, across Europe. They have heard first-hand about the multiple challenges faced by children and their families when they are separated. They have also learned about the challenges faced by young people with disabilities and why advocating for children’s rights and disability rights is important and necessary.

"The pledges made by some of the policymakers who participated, reflected their commitment to effect change, which was undoubtedly influenced by their encounters with Lumos self-advocates.”

To find out more about youth dialogue funding opportunities visit our dedicated webpage.