Making the world a better place with a cup of tea

All around the world, when busy people have a cup of tea, they stop and think for a moment. What better time to listen to the voices of young people sharing an important message?

The Time for Tea youth mobility project encourages global learning, creative thinking and social action through a simple series of activities in school classes or informal youth groups. After discussing issues that matter to them, young people choose a topic they find important, write a message about it, and design imaginative packaging for tea that incorporates the message, which they then deliver to a leader of their choice.

“It is really difficult for young people to talk to those in authority,” says Andrew Hadley, CEO of Momentum World. “But big, global issues like migration, climate change and pollution will affect future generations much more than ours. So we have to help young people get to grips with these issues while they are still at school, and we have to find a way for their ideas to be heard. That’s what Time for Tea is all about.”

The inspiration for the project came from world-renowned peace activist Satish Kumar, who walked from his native India to the four ‘nuclear capitals’ of the world – Moscow, Paris, London and Washington DC – in the early 1960s to deliver a message of peace to the leaders there.

On his journey, he was given four packets of tea by a factory worker in Georgia and asked to deliver the tea along with his message. The idea was that before deciding to press the nuclear button, those in power might stop and think for a moment, as they drank their tea.

Kumar has given his personal endorsement to this Erasmus+ project. “Time for Tea is time to act, to make the world a better place, to let go of your prejudices, to take care of each other”, he said. "Thank you for believing in young people.” 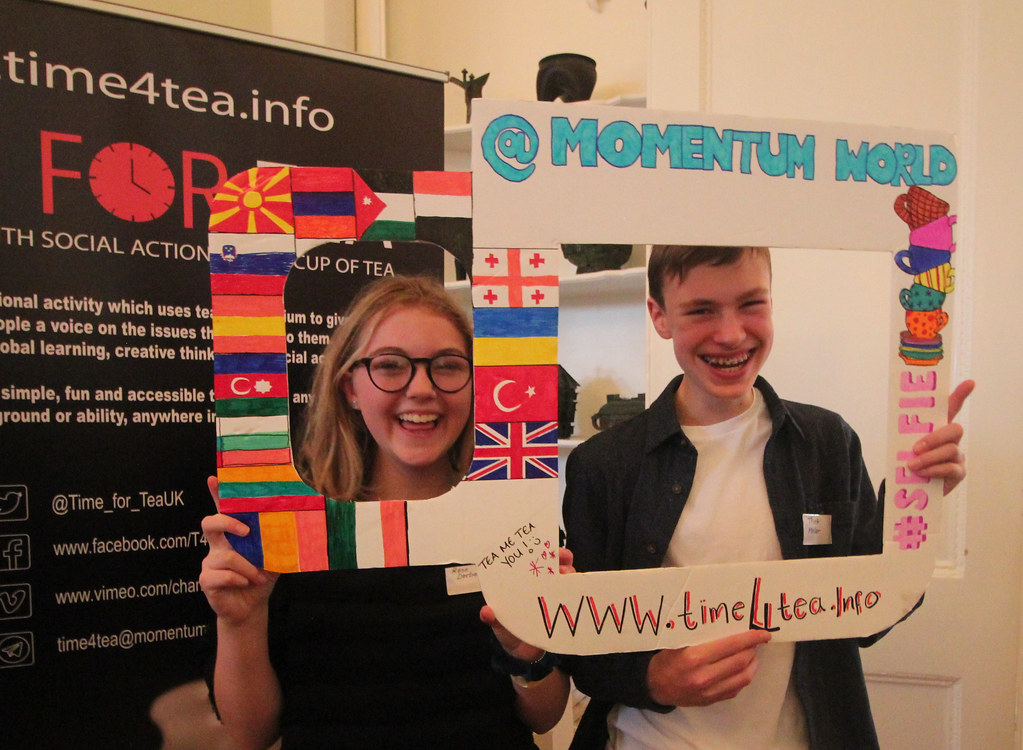 Pupils from Netherthorpe School in Derbyshire got involved in the project and were able to take their designs to the Houses of Parliament, where they presented them to their local MPs, Toby Perkins and Natascha Engel.

“The MPs were very interested in our designs and Natascha was very enthusiastic about why we had got involved with Time for Tea,” explained Eleanor Oxborough, a project participant from the school.

“From doing this project we have all learnt a lot. We have gained a lot of confidence. Time for Tea has given me a number of things: first it has made me aspire to do something to address issues of child poverty, also it has made me think about how much more interesting school is when we have projects like this. Let’s hope we can do more in the future.”

Time for Tea has created a passion within me to pursue my dream of making a difference in this world, and it has shown me that this is possible.

The former Secretary of State for Education, Nicky Morgan, also visited the school to find out more about the project.

“I saw the idea of advocating an issue to world leaders as a once in a lifetime opportunity and a chance for me to make the world a better place,” said Jack Bonnington, a pupil who presented his design to Nicky Morgan. “Therefore, having an opportunity to do this was something I was sure not to miss out on.

“I have already gained so much from participating in the project. I have an even greater understanding of the world around me. Time for Tea has created a passion within me to pursue my dream of making a difference in this world and it has shown me that this is possible.

“Confidence is probably the main benefit I have gained. A few months ago I would never have imagined that I’d be discussing my ideas in a room full of MPs, pupils and teachers, as well as the most important figure in UK education.

“Before I started the project, I had little experience of group speaking and presenting but I have gained so much confidence in this area. It has also developed my self-confidence by making me realise that I have the capability to achieve more than I previously thought. As well as these benefits, the project has also developed my creativity and organisational skills.

“Last, but not least, it has given me something to talk about to potential universities or employers which could help me to stand out from the crowd.” 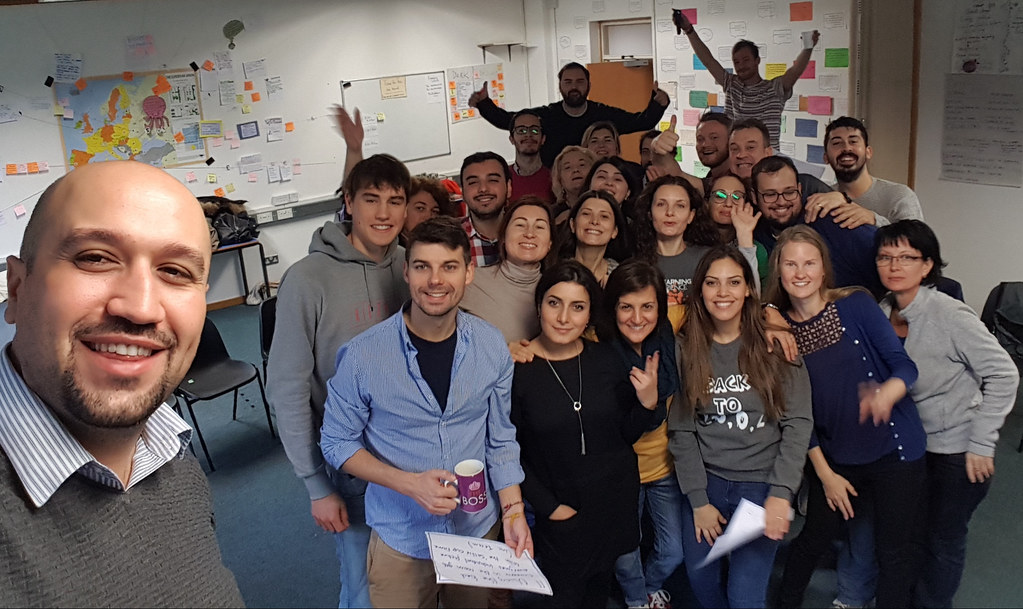 As well as pupils from Netherthorpe School, young people from all over Europe have been able to take part in the project.

"So far, the Time for Tea Erasmus+ project has been running as a pilot scheme in 18 countries,” Andrew explained.

“In Romania, a group of young offenders have been inspired by the project to engage in their community after release. Children in a remote village in Armenia have discovered that their opinions matter. Young people in a state care institution in western Ukraine have been listened to by the authorities, while others in the war-torn Donetsk region have found grounds for hope. And in Slovenia, a group of primary school pupils developed a 'human values' board game, which they then played with their country's President.

“The results really have been extraordinary but it isn’t just the impact on the young people themselves. Teachers are feeling liberated by this project, finding that rigid traditional methods are not the only way.

“We’ve seen kids come up with ideas for technical innovations. Tea really can inspire people and bring them together for a greater good, so we’re hoping to turn Time for Tea into a truly global project.”

Want to find out more about youth funding? Take a look at our dedicated page!