When a migrant arrives in an unfamiliar country, they face a number of potential hurdles as they start a new life.

The key challenges include overcoming language barriers, finding a home and securing employment. But what if the migrant in question identifies as LGBT+?

In November 2017, following the first official research in this area in the country, the UK Government reported that an estimated 6% of asylum claims between 2015 and 2017 were based on sexual orientation.

So what can be done to better understand the specific additional needs of LGBT+ migrants?

The IARS International Institute sought to address this issue with the EpsiLon (Equipping Professionals for supporting LGBT+ Migrants and Refugees) project. With partners in the Netherlands, Italy, Greece and Croatia, the organisation developed a pan-European training course that would inform adult educators of the needs and issues LGBT+ migrants face.

“For this particular group, they face rejection from migrant communities due to their sexuality. But then, local LGBT+ communities would reject them because they are migrants,” explained Deputy Director Dr Simon Aulton.

“As a result, this small group becomes extremely isolated within their environment. That isolation is quite dangerous for them as individuals and their mental health. They’ll also face longer-term issues, such as deportation or difficulty in gaining employment.

“There are highly trained people who have migrated, but can’t access employment. They then risk losing skills and those skills’ relevance.”

With its European partners, IARS International Institute designed the training course with a user-led approach involving those who identify as LGBT+ and those working with LGBT+ communities, learning from their real-life experiences and knowledge. 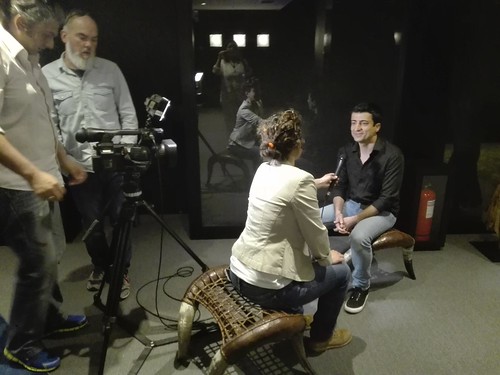 Selecting partners was also a key factor in the process of creating a training course that recognised the different approaches in different countries and understanding towards LGBT+ migrants. Therefore, partners came from a board spectrum.

“We wanted to get a geographical spread of partners, as well as variations in approaches to migrants and sexuality," said Simon. "We also needed a skill set from our partnership that allowed us to build a project where we learn from each other.

“If during discussions we came across differences in approaches, this made us stronger. It’s easy to implement topics into a training course when we are all in agreement over them. But having those discussions around the differences gives the most value to the training.”

The training itself was implemented in all of the partners’ countries; ranging from an extensive programme to one-day introduction courses.

Gabriël Bos, an adult educator from the Netherlands, attended one of these introduction courses, after hearing about the project from one of the partners, MOVISIE.

“I work for a refugee support organisation called VluchtelingenWerk Nederland,” Gabriël said. Whilst the organisation itself doesn't have a LGBT+ faculty, he has a personal focus on LGBT+ migrants. “As a transgender activist, I’ve had some experience working with this group before my current role.”

The fact that Erasmus+ would consider and care about LGBT+ migrants is something that ought to be praised and acknowledged.

He noted that the training was very focused on providing information.

“They explained terminology, such as gender identity and sexual identity, and concepts like minority stress. They also explored different methods and procedures, as well as discussing case studies.

“I was happy to find the course covered so many aspects concerning LGBT+ migrants and didn’t refrain from mentioning taboo topics. It underlined some assumptions and turned them into facts. It also gave me insights into how to improve the acceptance of LGBT+ migrants.”

Some participants admitted having little knowledge of the subject, which improved as a result of the training - and despite already having awareness of this group’s needs, Gabriël also learned new things.

“The course underlined for me that it’s important to be out and open about my own trans identity, towards both clients and colleagues," he said. "I’ve also found more confidence to talk about intersectionality and especially the interrelationship with sex work.”

With the feedback from initial training sessions, IARS International Institute hope their work is just the start of tackling discrimination against LGBT+ migrants.

“I’d like to think this project is saving lives because there’s nothing worse than to be hidden in a system that works against you,” Simon said. “The EpsiLon project addresses this issue and starts to open the idea of a common approach for Europe.” 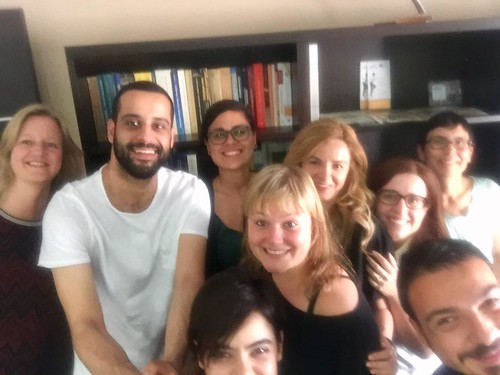 He believes Erasmus+ funding has made a vital contribution to helping the organisation achieve its objectives.

“With Erasmus+, we’re able to share knowledge with other European countries and vice versa. Everyone benefits from this because we learn and can identify our strengths.

“The fact that Erasmus+ would consider and care about LGBT+ migrants is something that ought to be praised and acknowledged.”

Want to make a similar impact in adult education with your partnership? Discover our funding opportunities on our dedicated webpage.